99 DAYS is the story of Antoine Boshoso Davis, who is living the dream as a rookie homicide detective for the LAPD. But 12 years ago he was living a nightmare. As a young Hutu in Rwanda, Antoine was forced to become a child soldier with the rebel Hutu militia. Like so many others he was caught up in the slaughter of a country gone insane–murdering scores of men, womenand children with a machete.

Antoine eventually fled Rwanda to LA, was raised by an adoptive family into a quiet, sensitive man with a deep need for justice–so he joined the LAPD.

But when a serial killer starts stalking the African American residents of LA–murdering them with a machete–Antoine discovers that his past has come back to haunt him. 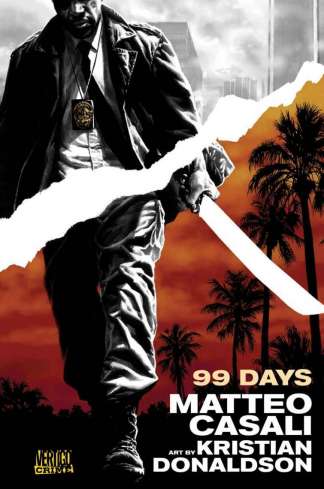