The concluding half of Kick-Ass 2, following Kick-Ass 2 Prelude: Hit-Girl, the sequel to the biggest creator-owned comic of the decade–the one that spawned the number one hit movie and the worldwide phenomenon!

KICK-ASS is back, just as over-the-top as ever! As everybody’s favorite psychotic 11-year-old HIT GIRL trains KICK-ASS to be…well, a bad-ass, RED MIST gathers a team of super-villains to take them down! It’s super hero mayhem as only MARK MILLAR and JOHN ROMITA JR. can bring you! 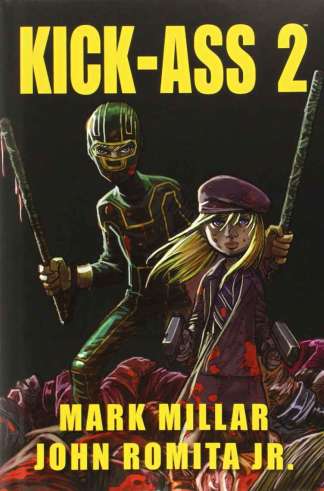